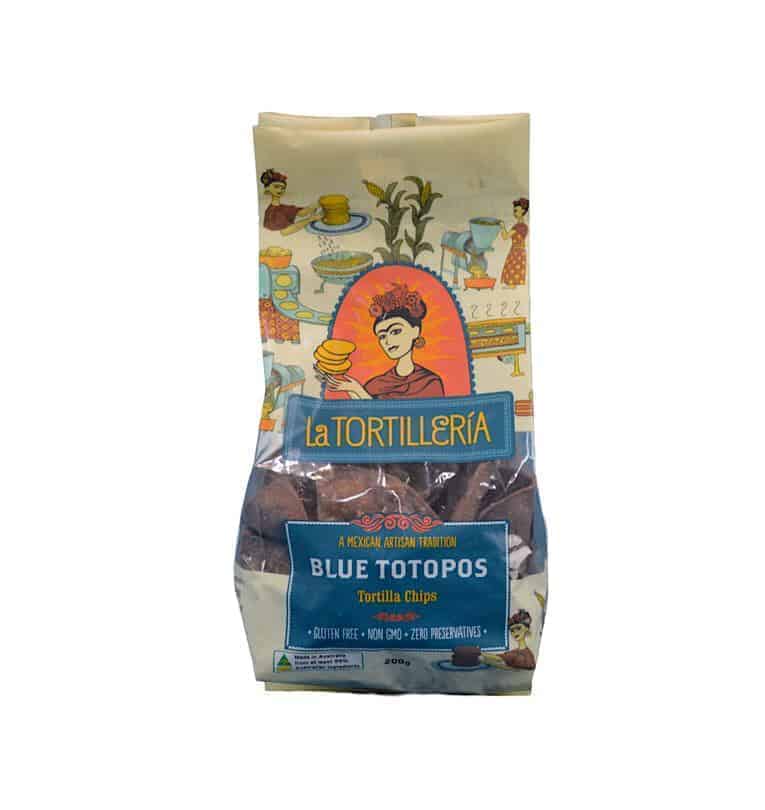 These authentic artisan Blue Corn tortilla chips by La Tortilleria are deliciously crunchy and perfect for dipping in guacamole, salsa, ceviche and for making chilaquiles (nachos). These are not your average corn chips!

La Tortilleria has come a long way since 2013 when the aroma of freshly pressed tortillas first filled the air of a quiet back street in Kensington, VIC. Their story begins when Gerardo, a proud Mexican who had settled in Australia, met Diana, a passionate traveller with a love of Mexican food and culture. The only tortillas widely available were either imported frozen, or made from processed imported tortilla flour.

Longing for the tortillas they loved so much from the villages of Mexico - baked from freshly ground corn kernels - the duo decided to recreate the millennia old ‘nixtamal’ craft here in Australia, using all local ingredients. After sourcing a stone mill and tortilla ovens from Mexico and finding Aussie farmers to grow their corn, they started baking. Soon fresh, healthy, traditionally made corn tortillas were coming out of the oven. Australians were long overdue for a taste of authentic Mexican food, and since that day food lovers have never looked back.


La Tortilleria Tortillas & Totopos are made in Australia using the whole kernels rather than a processed corn flour, which makes a stronger tortilla and celebrates the natural flavour of the corn. Their range of authentic Mexican products are gluten free, preservative free, non GMO, wholegrain and contain zero trans fats. These products are a staple for many iconic Mexican dishes, from Tacos to Enchiladas.
Products from La Tortilleria 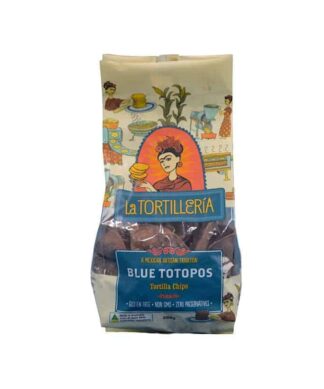